Free Minnie For "Joining" This Blog!!

For the first year that this Blog was up, I thought I was talking to myself here. I think the free book helped change that. The book had over 10,000 views in the first week. Since I originally posted this, A winner has been named, but I have decided to leave it up because I am going to do it again next year!

I know I have many more watchers then that because most people I know personally, are watching privately.  I don't understand why watching a blog is a big secret when some of these people post things on Facebook I wouldn't tell a priest. If I like a blog, I'm OK with people knowing it. I would say that almost no one even looks at who is following a blog if the number is over 50. If a blog has 13 watchers, maybe then you'll have a peek, but some blogs with 3,000 followers, I doubt very many people are sitting there saying:

"What!!!! Steve is following the Hot Dog Blog, he said he never eats meat!"

I really doubt that happens much.

My point is, I have decided to have some fun and try to get a few more people to follow publicly! In September of each year, I will randomly pick the name of someone who is following this blog publicly and they will get a free 6 x 8 Minnie! - based on the images below. 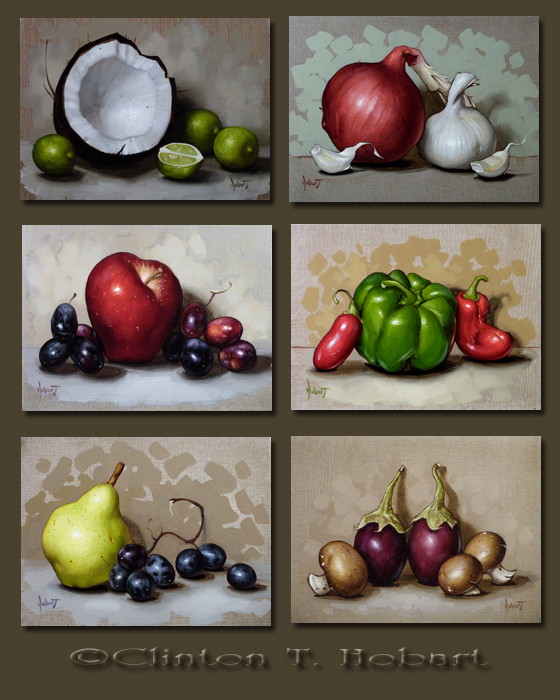 RULES:
I want to keep this simple. I am going to write down the names of everyone publicly watching on a piece of paper and pull one out of a hat. Yeah, old school, I like that. On Sunday the 15th of September, I will post the winners name on this blog. They will have one week to contact me. If I don't hear from them by the following Sunday, I will pick another name out of the hat.

The painting will be a commission based on the images above. I am giving away one 6 x 8 Minnie fruit or vegetable still-life of something similar to what I normally do.  I'm trying to do something fun for everyone who likes my work. All I ask is that the winner not take advantage. Be reasonable. For example, don't ask me to paint a pile of shredded cheese next to a statue of a small wooden Indian.
If you absolutely have to have that painted, I would love to, as a separate paid commission.
(No: Eggshells, Baseballs, Toys, Metal, etc) Fruit and vegetables only with a simple background.

Winner will have to pay $10.00 for shipping to the USA or whatever International Shipping rates that apply.

Posted by Clinton Hobart at 8:21 AM