Top Ten Worst Movies I Have Ever Seen!

Every once in a while I like to post a blog which has nothing to do with painting, work, or art. Something fun. I think it is important to do other things besides work, like read books and watch movies. I love movies... old movies, new movies, almost any movie. A movie has to be REALLY bad for me not to like it. I did not to include bad old movies on the list because I feel that even a bad old movie has a certain charm to it.  I was looking at a list of the Worst Films according to Wikipedia and found that I didn't agree with most on the list because most of them had some entertainment value. In order for me to not like a movie: First I start thinking about other things or what the actors are doing in the movie. If I am watching a movie and thinking "Bruce Willis looks bored", probably not a great film. Second, I think to myself or say out loud "this is pretty bad". And last I get up and leave or turn it off. If I turn it off, that says something.

Please keep in mind I am not a paid movie critic, and while doing all of this I really should have been painting...


9. The Hulk (2003) - I'm actually mad that this one is on the list. I love comic book movies, almost all of them. No one should even let Ang Lee on the set of one from now on...The last thing a comic book movie should be is boring. I'd rather watch Daredevil again than sit through this one...But, at least Mark Ruffalo has a chance to make up for it, and I think he already has. Hopefully, he gets his own movie some time soon. 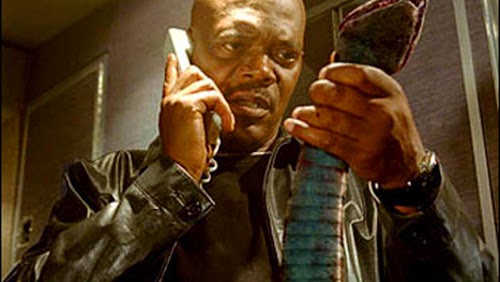 8. Snakes On A Plane - Samuel L. Jackson has been in some of the best movies I have seen, and some of the worst. Usually he shines no matter how bad the movie is. He is the only thing in the remake of Robocop which made me smile. I've been told to watch this one again, that it is so bad it's good...but I just don't have that much free time right now.


7. Deuce Bigalow: Male Gigolo - I realized that any movie having Rob Schneider in it has a really good chance of being terrible.

6. Talladega Nights: The Ballad of Ricky Bobby - Will Ferrell is an interesting actor to me. I loved Melinda and Melinda, and Stranger Than Fiction is one of my favorites, so how he manages to also be in some of the worst movies ever made is...well, it just is. Elf isn't on the list but if the list went to 20...I couldn't wear a diaper in a movie - I don't care how much money they gave me.

5.  I Now Pronounce You Chuck And Larry - Adam Sandler is the only leading actor on this list to appear twice. Unlike Will Ferrell, I don't think he has ever made a great movie. I liked Big Daddy, but I keep waiting for him to do something fantastic. This wasn't it.

4. Piranha 3DD - I don't even know why I bothered. This one is actually my fault. I knew it was going to bad before I started but thought, maybe it won't live up to my expectations...it did.

3. Movie 43 - Richard Roeper called it "the Citizen Kane of bad movies. So bad that I watched it in awe of how bad it was...but I finished it, which says something. The scene with Kate Winslet and Hugh Jackman is memorable, I will give it that. It's not funny, but it's memorable. 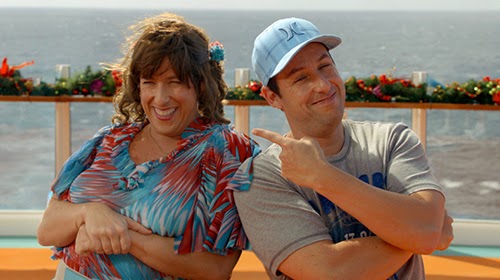 1. Jack And Jill - Well, I didn't see it in the theater, but I did turn it off...If I were Al Pacino I would just deny being in it. When someone asks, he should say "wasn't me". By far the worst movie I have ever seen.

Posted by Clinton Hobart at 8:49 AM