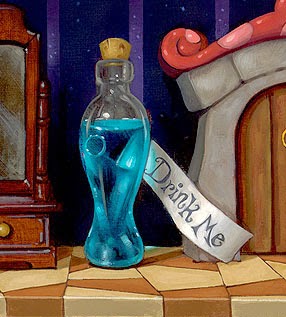 I'm not sure is anyone noticed but I haven't been able to post as often over the last few months because my schedule was CRAZY! Good crazy of course! Well, I should be back posting on a regular basis. I thought I would start with some step by step posts on the recent Disney paintings.

I started this painting the last week of December. Normally a painting of this size and complexity should have taken about three months at eight to ten hours a day. I finished it by the end of January which meant twelve to sixteen hour days, seven days a week. 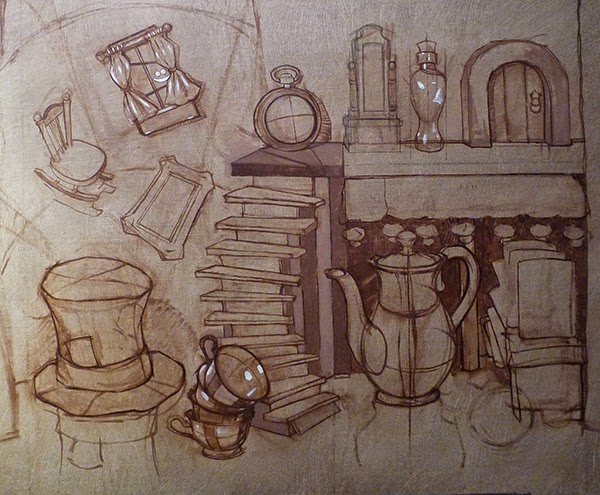 This was about half-way through the drawing stage which took two full days to complete.


Below is a shot of the drawing with the set behind it. Some of the items I had, some I bought,  some I had to build just for this painting, and a few things I just made up... 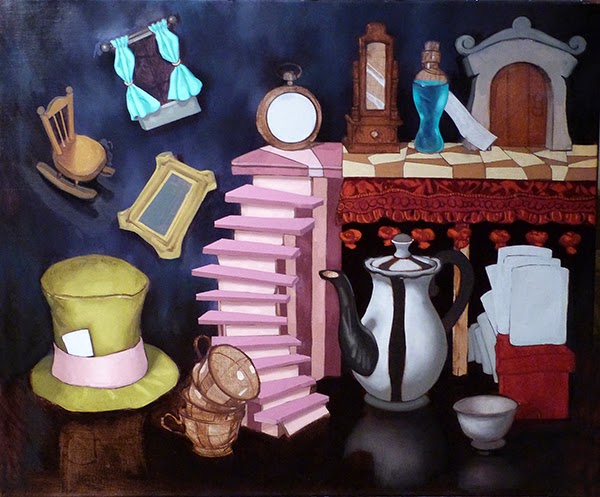 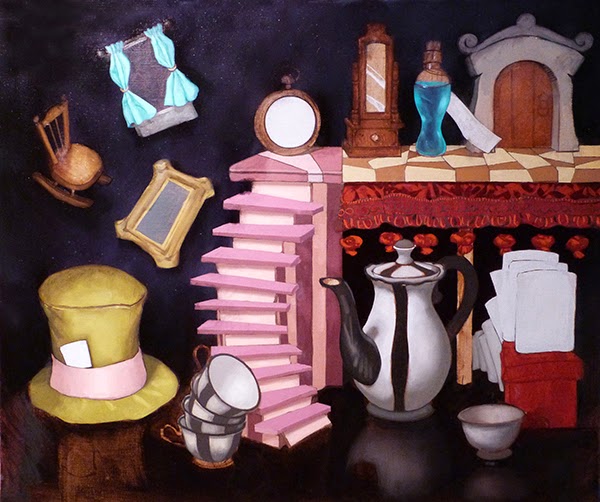 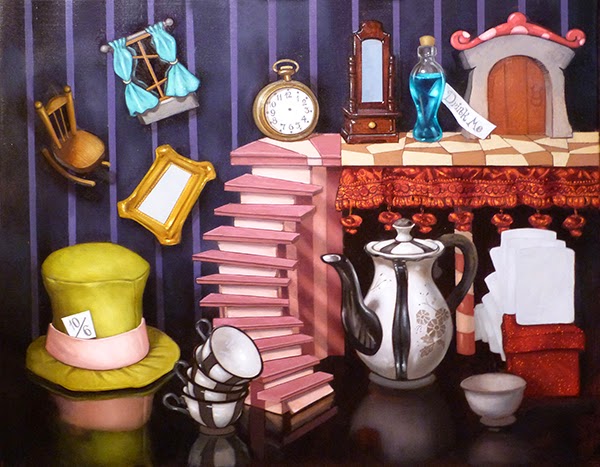 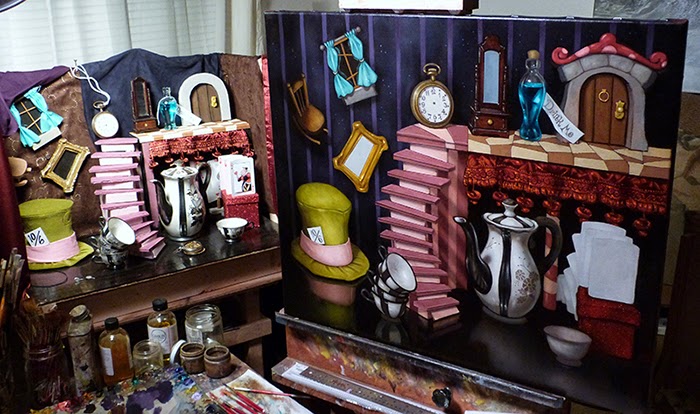 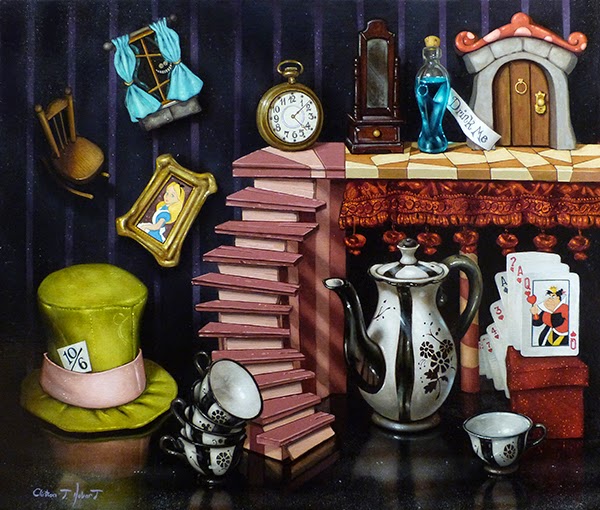