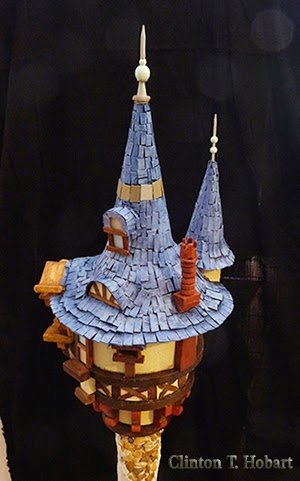 When it was decided that the next Disney painting would be the Tower from Tangled, I began to search for one that was already built. I looked online for hours. The best one I found was a cake...Ok, that won't work, I'd probably eat it before the painting was done. 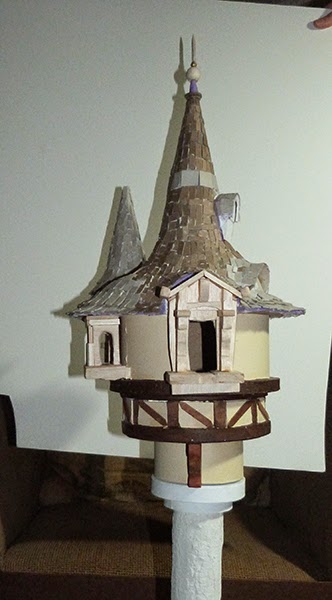 I slowly began to realize I was going to have to build one. I called a few friends in construction and asked them how I should go about that. Basically they said, stone by stone. 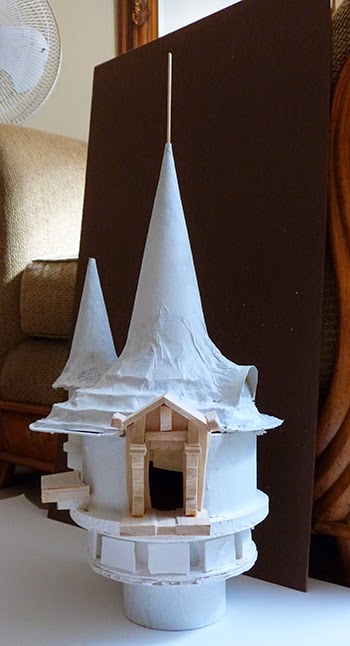 After I built the base, I knew I wanted the actual post to be made of real stone and mortar.

I used a tiny palette knife and laid each stone one on top of another. It took three days because you have to stop to let a few rows dry before you can keep laying more stones.

The roof was done in a similar way to the stone. I wanted a hand made feeling to it so I laid each tile on the roof one at a time also.

The tower is four feet high and about sixteen inches wide. 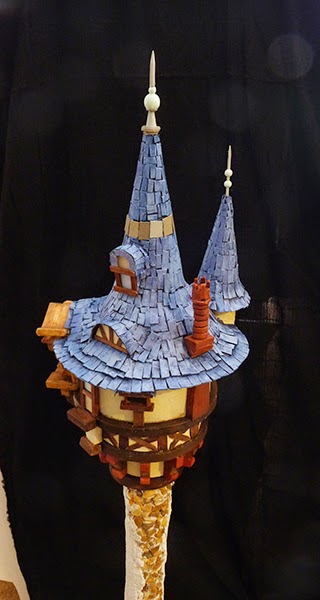 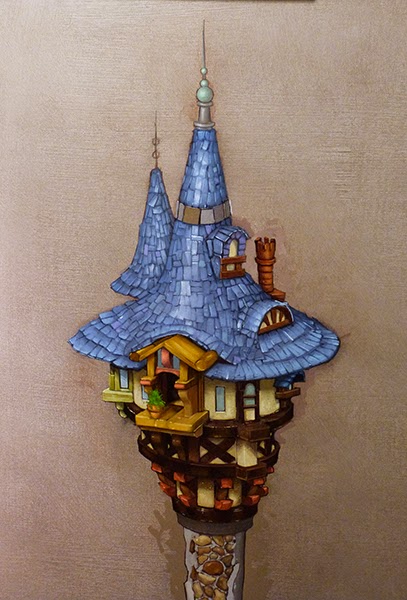 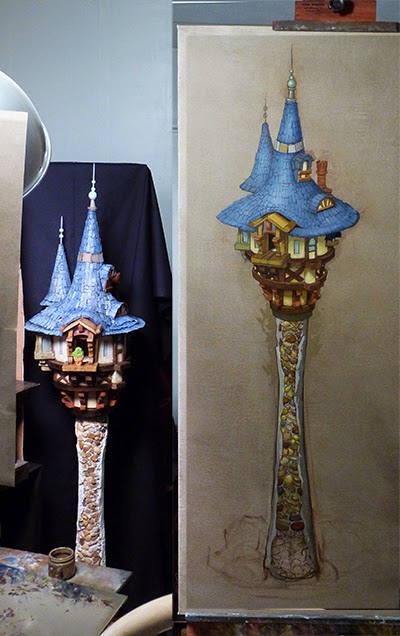 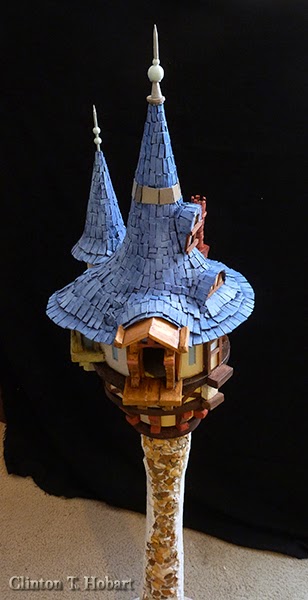 I painted from life with the sculpture right next to my painting. The painting is 18 x 48. The hair is from a Lady Godiva wig I purchased at a costume shop. 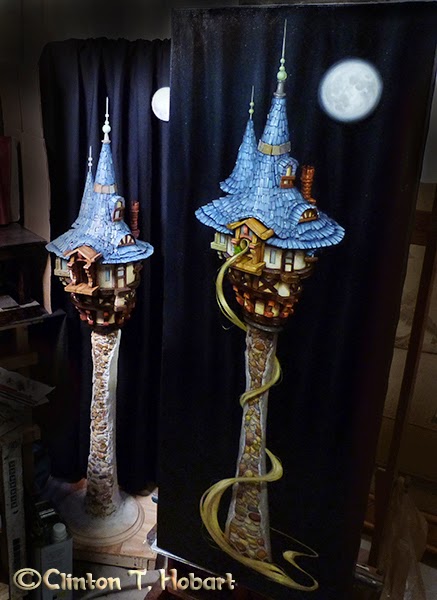 For Some reason the Moon didn't photograph that well. I am working on a better shot of it.

Posted by Clinton Hobart at 7:57 AM