Disney's "Frozen" Came With A Preview of "The Box Trolls" 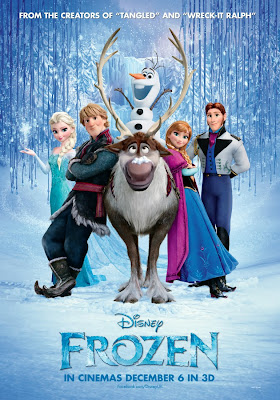 Over Thanksgiving weekend, my girlfriend and I went to see Disney's new "Frozen". Jordan wanted to see it in 3D, which the last time gave me a headache. We went to see The Hobbit in 3D last Christmas, and although I loved it, after three hours of 3D, I had enough. I figured I'd give 3D another chance and I was really glad I did. For some reason the animation wasn't nearly as difficult to watch in 3D as the live action was (for me), and a shorter movie length was perfect for it. I thought visually Frozen was one of the most beautiful things I have seen, in any movie! Two scenes especially were just amazing. The ending of this film ( I won't give it away), is also just incredible and a bit shocking in a good way.  If I had to say anything about it was below my expectations it would be the songs. Now I happen to like the songs in Disney movies and I think of them in the same regard as a Broadway show. A good song in a show is one that furthers the story along. If it feels like the show stops and then resumes after the song is over, it's not a well placed song. And I think all of the songs in the movie were very successful at that, I just didn't think they were as quite as good as those in Tangled. And no, I'm not sick of Alan Menken, I think he would have done a great job on this one. Overall it was an excellent movie.
I am actually thinking of seeing it again, which is something, because I almost never see a movie in the theater twice. I highly recommend it.

When I go to a movie, I can't miss the previews...Yeah, I'm one of them. This time, one of the previews that really caught my attention was for LAIKA's new "The Box Trolls" (The company that did Coraline). It's one of the most unique trailers I have ever seen and the movie just looks stunning. 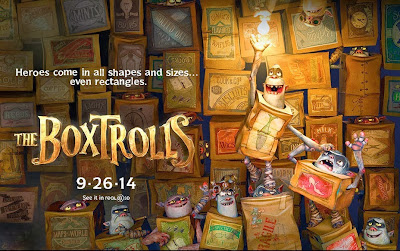 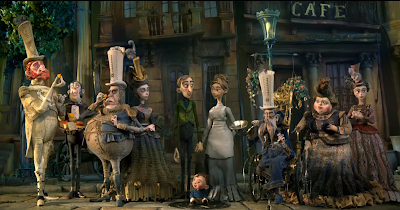 *Images are used without permission, but I'm promoting your films for free so don't sue me.